Dimension-In-Motion helps road safety and supports other transportation systems in their operation. Continuous improvement based on regional specifics and customer requirements is possible and proves to be important. 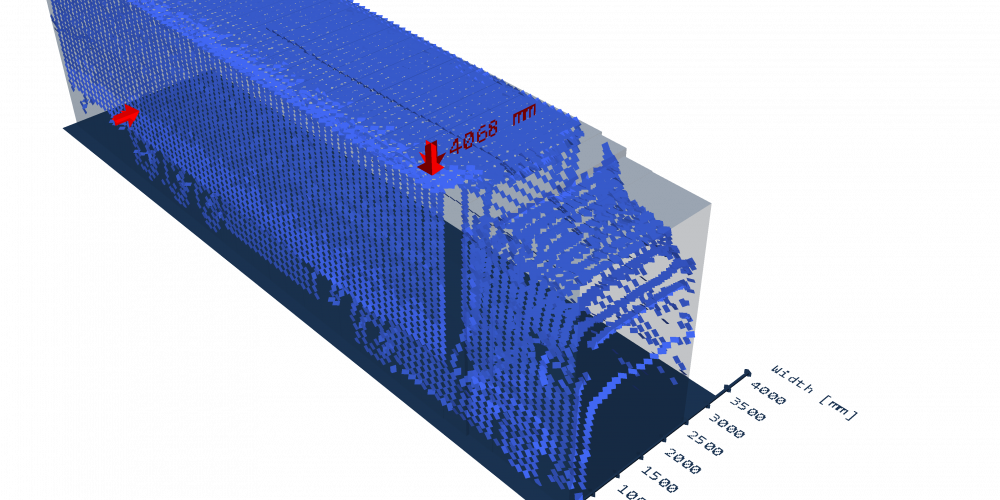 Continuous customization is absolutely crucial when applying Intelligent Transportation Systems for enforcement. The legal background differs from region to region and the user's requirements may also vary. Also, same vehicle classes do not occur everywhere and it is up to the provider of the ITS system to adjust it to the situation.

Dimension-In-Motion detects oversized vehicles and protruding or similar objects. It also provides a highly reliable solution to some complicated issues. E.g. drivers often try to avoid proper weighing at the Weigh-In-Motion stations by driving as close to each other as possible. The system then struggles to detect them separately based on the signal from inductive loops and pressure sensors. That results in a necessity to tag the record as invalid, unable to enforce vehicle weights automatically. With laser scanners, the gaps between the trucks are clearly observed and this particular behavior of drivers loses its justification.

Improvement of Dimension-In-Motion in Russia

In Russia, the dimensions are enforced at CAMEA WIM stations together with weight and speed. Therefore, the measurements need to be as precise as possible. As the quality of the outcome is dependent on the site layout, a set of 3 laser scanners for 2 lanes is perfect (with 2 installed at an angle). This way it is ensured that no objects stay hidden (with an exception of large vehicles covering other automobiles) and Dimension-In-Motion can be used for creating precise 3D vehicle profiles. For instance, with only 1 scanner placed above a lane to detect vehicles driving in it, the lower parts of the vehicle are in a "shade" cast by the vehicle. That is negatively affecting the width measurement.

The technology itself enables very accurate measurement. A problem occurred when the system evaluated the vehicle below as oversized. Its width is 2.60 m, while only 2.55 is legal. However, local rules allow exceptions for refrigerated trucks (due to the isolation layer, the width of the vehicle is greater). A system upgrade needed to be done in order to distinguish between automobiles with or without the system for cooling cargo. 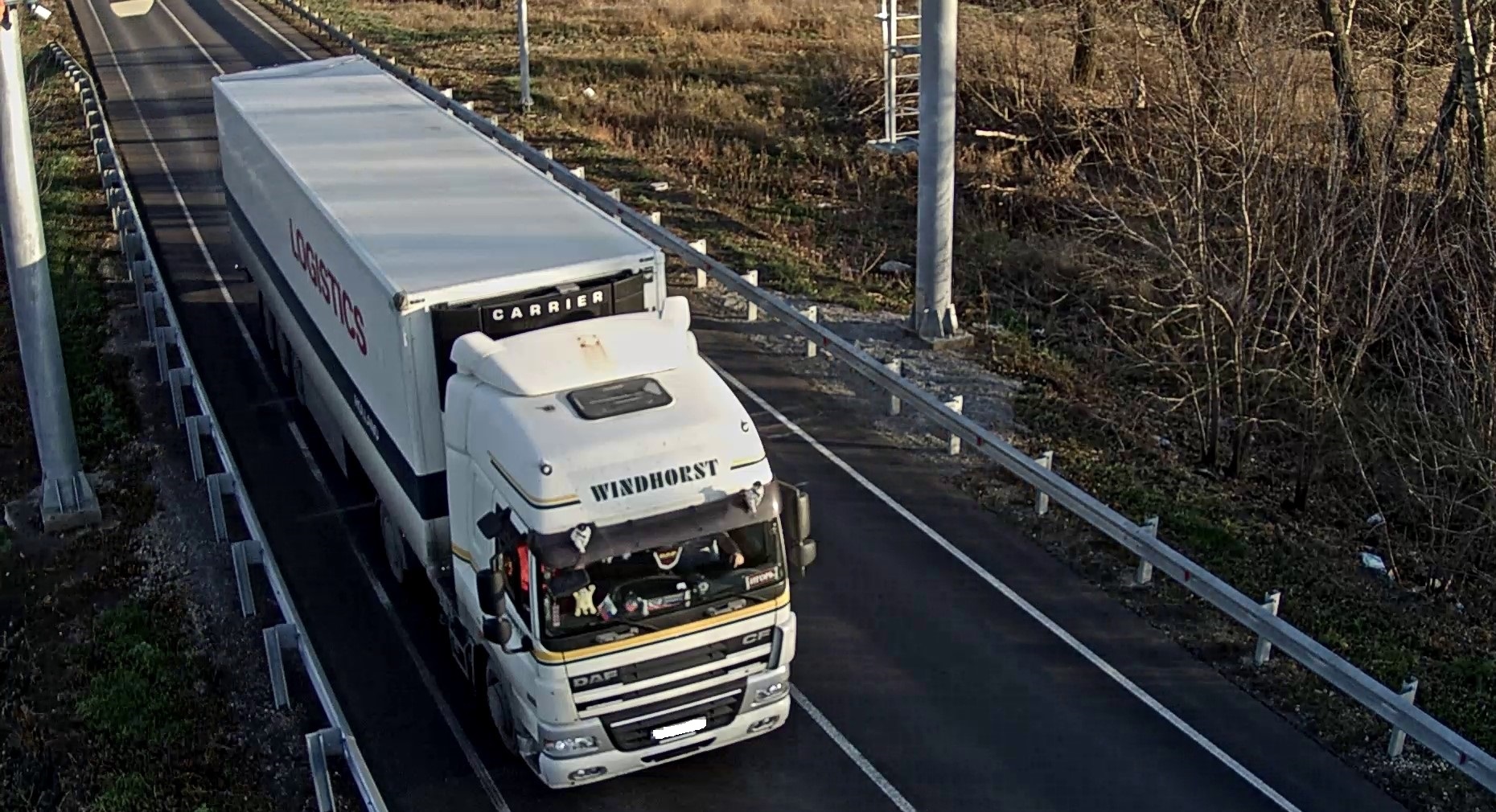 Advanced algorithms ensure that the vehicle above is not fined, despite having greater width than what is typical for its class due to the refrigeration system. Analyzing point cloud data combined with machine learning techniques makes this recognition possible. 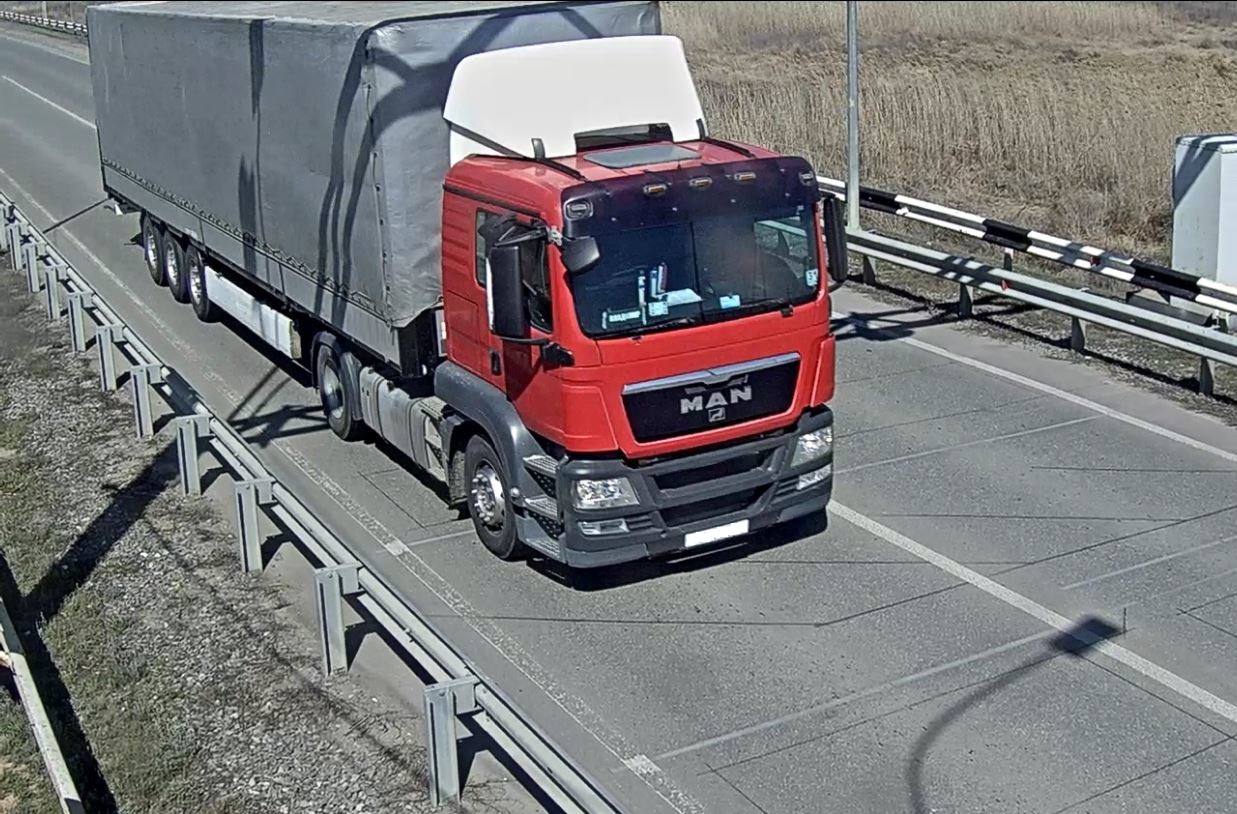 The second vehicle is very similar to the first one, yet not equipped with the system for cooling cargo. CAMEA DIM is capable of recognizing the difference between the two vehicles, so there is no unjustified fining.